World of Warcraft has had pixel based fishing bots popping up for years now, but they usually just do not work very well, the primary reason being that the developers tend to get the bot working about 60% and then provide the user with a handful of checkboxes and sliders to calibrate the final 40% themselves, which often results in a terribly clunky experience, sometimes not working at all.

So how is EZ Fish different? Well, I've had a clear expectation for the bot - It had better 'just work'. I have put in the extra hours under the hood to make the bot as simple as possible, it's pretty much a single button to toggle Start/Stop.

In 2 words - Stability and Longevity. Other less advanced versions of the same type of bot have been available and working *cough, not very well*, without ban waves hitting them for years now, this is almost entirely due to the fact that pixel based fishing bots if done well, perform much the same way a human does, without having to meddle with the game client at all, which means there is not a lot to detect.

EZ Fish is found to be safe by every one of the major commercial antivirus programs used today and almost every other antivirus engine on VirusTotal.com. Unfortunately there are a few engines that plague most non-corporate developers by flagging up false positives in perfectly safe code. In simple terms, everything the bot needs to be able to do to function as you would expect, they don't like. I've listed some of the reasons behind the false positives that the current build gets below:

Obfuscation: This is a common practice that involves translating the code of a program into gobbledygook, to prevent it being easily stolen, this alone is enough to trigger multiple anti-virus engines.

EZ Fish Signature: EZ Fish has a unique byte code signature for every installation, although this helps to prevent software flagging it sadly removes any ability to 'reputation build' a software's signature.

EZ Fish Regions: My understanding is that some engines are detecting the overlay system used for region selection in combination with the PIN authentication as some kind of ransomware, that's the type of program that blocks your PC from working until you pay up and enter a valid PIN.. which EZ Fish obviously isn't

Well, i haven't had to pay for my WoW subscription for 5 months now and I've always had excess gold. At the time of writing this I've caught somewhere in the region of 45,000 fish, totalling around 180 hours of EZ Fish uptime.
(Sadly can't get the exact figures due to mid-development bugs with the stats window / pause for X feature)

EZ Fish should work on pretty much any Windows Vista or higher setup, I've even had it running on an extremely old laptop at ~20 fps with every single setting minimum on 800x600. 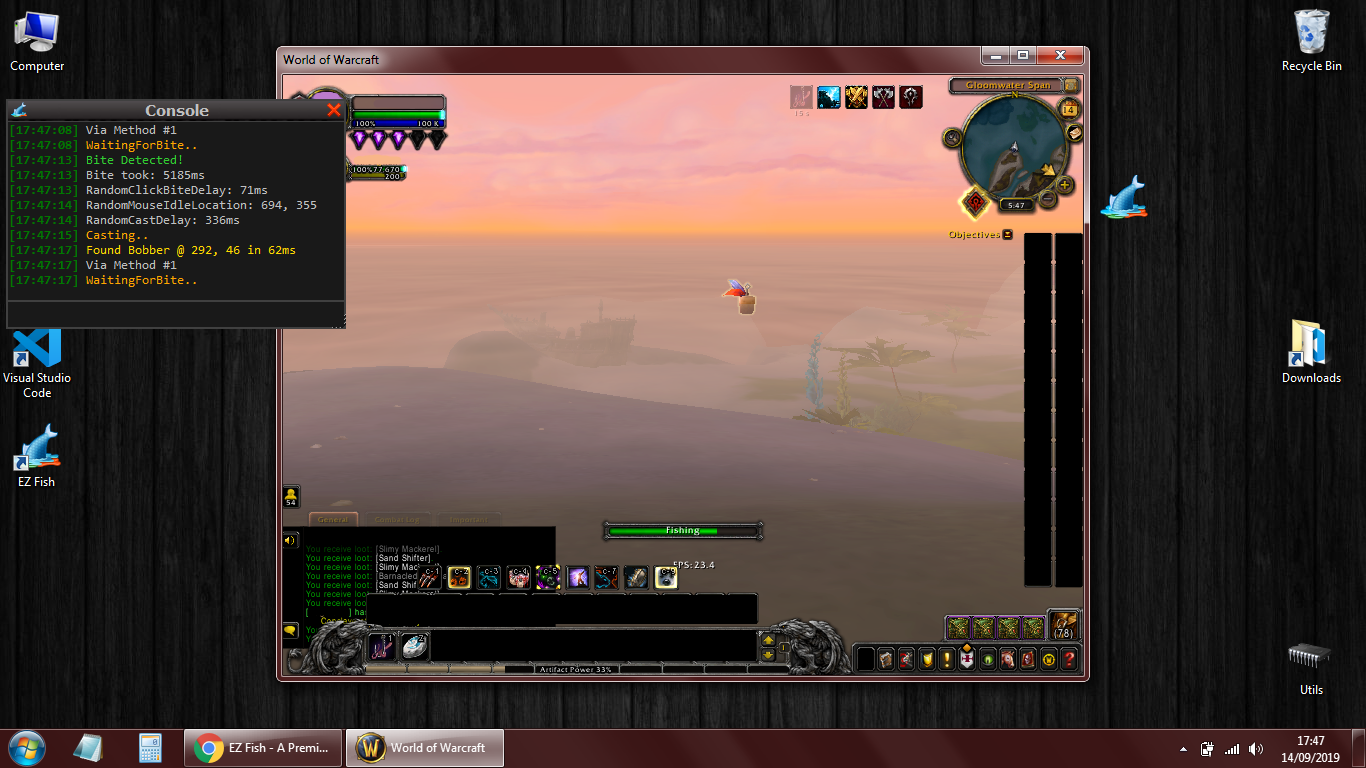 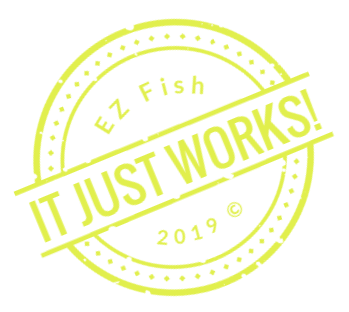